David James, The University of Warwick

Starting with early modern philosophy, there is an increased awareness of self-reflexivity as a distinctive mark of rationality and human consciousness. In Hegel’s comprehensive assessment, this self-reflexivity gains a new twist in comparison to Cartesian and Kantian subjectivism by relating to the social world and its institutions in their historical development: Personal and inter-subjective structures, synchronically analyzed in Kant’s transcendental reflections, change into self-creative or autopoietic forms. In the resulting dialectic between the (transcendental) I that is a We and the We that is an I (since joint developments depend on individual actions), i.e. between the ontogenetic (individual) and phylogenetic (institutional) levels, Hegel invites us to treat self-creativity altogether as a social and cultural enterprise, known also under the title of Bildung. We are the self-creating, and self-created, personal subjects of our own educations.

In modern times, Niklas Luhmann’s autopoietic conception of “social systems” draws on this insight by treating whole domains of institutions, such as religion, art or science, not just as fulfilling particular natural (biological or social) needs, but as constituted in an immanent, and not transcendent, manner. Modern social structures are operationally closed to some degree and have, as such, a kind of eigen-value and separate life. This does not mean that they are blind to the spheres beyond their boundaries, but that they access the other spheres almost exclusively from inner perspectives by casting these spheres in their own categories.

This self-narrative, autopoietic form of institutions and their internal knowledge denies the myths in allopoietic (global, theological, metaphysical) narratives and goes hand in hand with an overall pluralization of world views. As such, it calls for an analysis of the inner narratives in the different fields of human spirit, such as art, religion or the sciences, particularly with respect to literature as a prototypical form of narrativity.

The resulting plurality of narrations, i.e. the various perspectives from which the autopoietic structure of experience might be assessed, is the main objective of our conference. We aim to develop the concepts of autopoiesis and narrativity as essentially linked to modern thought from Hegel to Luhmann in order to understand the subjective and objective structures of human thought from varieties of perspectives in various fields of experience, including the social and exact sciences, art, didactics, etc. As self-reflective enterprises, they are all working with the narrative structures of texts or media, written literature, and corresponding canons.

The conference will be divided into four sections corresponding to the following four perspectives:

In this section, the participants are welcome to reflect upon the theoretical backgrounds of autopoiesis. Papers dealing with the relation of self-reflexivity, autopoiesis, and narrativity are welcome. Authors may focus on the key concepts linked to autopoiesis and reflexivity, such as difference, paradox, complexity, self-observation, narrativity, or Bildung, among others.

B) Institution and State

Authors may relate to the concept of self-reflexivity, autopoiesis and operational closure to modern (or contemporary) phenomena, such as the emergence of the market and public sphere, modern political structures and conflicts and crisis arising thereof. Papers dealing with the concept of self-reflective modernity and the educational system are equally welcome.

Participants may reflect upon the concept of narrativity and self-reflexivity as related to literary genres, music, fine arts, and architecture. They are welcome to reflect upon the status of art in modernity and may elaborate on the meaning and relevance of what has been coined as the ‘death of art’ in modernity.

Those interested in contributing to the section of religion might reflect upon the concept of myth in contemporary culture and its connection to the concept of narrativity. A broad spectrum of possible topics opens up when taking into consideration the status of modern religion and secularization. Participants may as well want to reflect on the concept of self-reflexivity, identity, and religious conflicts. 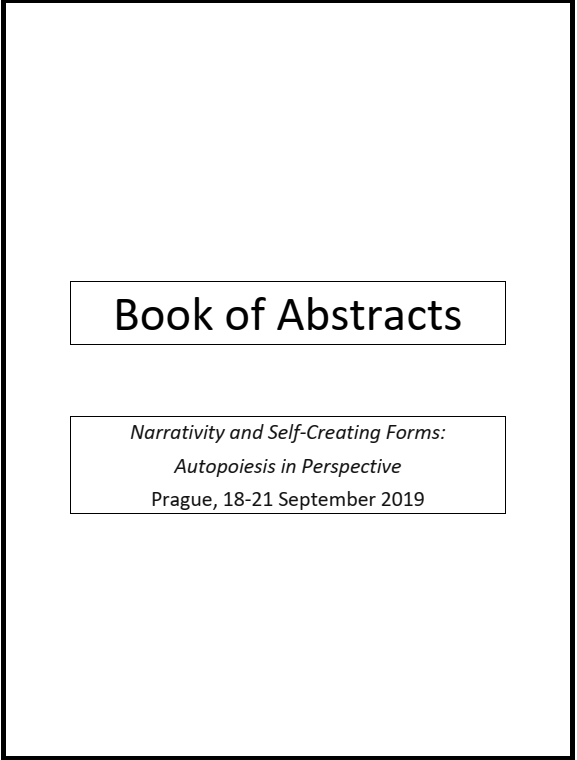 “Kampus” is a joint project of Charles University and the Prague City Hall aiming at revitalization of the old buildings placed in the city’s very center. The conference venue, previously owned by the Ministry of Interior, is found at the very end of the main boulevard Na příkopě, at the beginning of the street Hybernská, the second building on the right side. Here, you have to pass through the large courtyard first, following the signposts of the conference. The conference rooms 2D and 3D are located within the second, smaller courtyard equipped with a small coffee bar available to the guest a well as students and the general public.

The wireless eduroam network is accessible.

The detailed directions to the Campus and the Ibis hotel here: 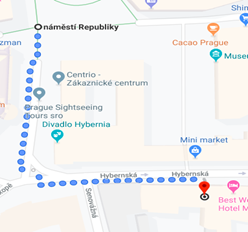 There will be tea, coffee and cold drinks served throughout the conference, starting always in the morning. This service will include also a selection of baguettes, fruits and sweets.

As for the lunch, in the neighborhood of the conference venue plenty of various restaurants might be found. The coffee bar placed in the campus offers also some small dishes.

There is no official banquette, but two reservations have been made close to the conference venue. The guests are supposed to pay for themselves.

Pivnice Štupartská, http://www.pivnicestupartska.cz/EN/, the corner of the streets Štupartská and Malá Štupartská, cca 5 minutes from the conference venue; 7 pm. The place is advertised as a beerhouse but, basically, it is a classical restaurant with the standard menu including vegetarian dishes.

Paper proposals may be sent until May 20, 2019 to the following e-mail address: autopoiesis.prague@gmail.com. The conference committee will issue acceptance/refusal notification by June 17, 2019. Paper proposals should include a title, an abstract (500 words, please indicate the section), affiliation, e-mail address, and phone number. Paper presentations will have a maximum duration of 30 minutes. The conference language will be English. Selected conference papers are to be published in a collected volume.

The organization of the conference is supported by